Autumn is upon us and some lazy lunches outside are in order. 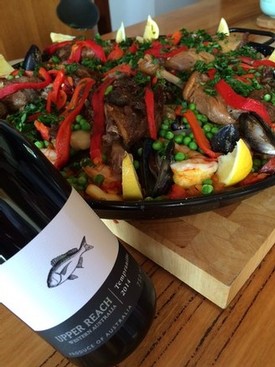 Traditionally in Spain & specifically in my family, paella was cooked by the men on a Sunday afternoon (to 'give their wives a break'). They tended to drink a glass or three of wine and use up all the food leftovers, so don’t be afraid to mix and match ingredients.

Ideally use a paella pan on a big, even heat source, but a wide, flat bottomed pan will do.

When deciding how much meat and seafood to use, that depends on how many people are coming, and how big your pan is.
Perhaps two prawns per person, 3 mussels, ¼ of a squid maybe some clams or scallops, whatever you think....

Most of the work is in the preparation.

I reckon those Spanish guys do what Derek does … give their wife a shopping list, so they source all the ingredients, then ask for help with the yucky bits!

Cut everything up and organize it all into small bowls before people arrive, its pretty easy to cook, while talking - just make sure you don’t leave out one or two of the ingredients!

Get the pan nice and hot, add 2 tablespoons of oil one chopped onion, 3 chopped cloves of garlic and fry for 5 minutes until the onion is soft.

Pour yourself a glass of Tempranillo 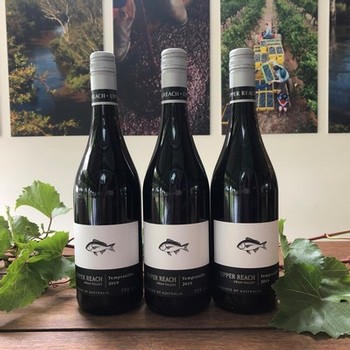 Add to the pan 1.5 litres of fish stock (either bought or ideally made from the prawn shells), 2 tsp saffron, leaves from two 15 cm long sprigs of rosemary and 2.5 teaspoons of salt and bring it to the boil.

Simmer vigorously for 6 minutes over a medium-high heat, but don’t stir it anymore.

Reduce the heat to medium, place the portions of (cooked) chicken evenly around the pan, cook for 8 minutes, again don’t stir it.

Place the chorizo, the squid, prawns and mussels on top of the rice, don’t stir and after another 6 minutes the liquid ought to have been totally absorbed.

Sprinkle frozen peas and some chopped parsley over the top, give it a minute and then put the pan on the table and dig in!

Oh- And pour yourself another glass of Tempranillo

Buen Provecho (which is Spanish for Bon Appetit which is French for Enjoy!!)